People come to a place of wanting to look at their finances for a range of different reasons. Perhaps its because they are tired of always having to watch the money at the end of the month. Maybe there’s a future dream that always appears over the horizon and isn’t getting any closer as the years go by.

Whatever the reason, at the start of any journey, its good to know WHY you want to start on this. The clearer you can get to your current WHY the more likely you are to follow through on the actions required.

But why care about a why?

Finances are a funny thing. On the surface, its just money – a meaningless medium created to facilitate exchange between people. Its easier to transact when we don’t have to carry chickens and pigs around (sorry vegans) to buy and sell stuff.

However, its this very fluidity of money that allows it to represent a lot of different things – security, freedom, expression, power – to name but a few. As you start poking your financial box, you’re bound to run into a range of strongly defended emotional positions – some conscious, and some not. If you aim to change your habits around these areas, you would be wise to have as much of yourself in your corner.

This is where they why comes in.

Take a simple concrete example. The parent who is out in the yard playing with their child and discovers to their horror that they are so out of shape that they can’t keep up with the 5 year old. In that moment, the future of how they will interact with their child hangs in the balance. The image of an active family playing and exploring the world together is threatened. At an abstract level, we all know the costs of being unfit. As long as they remain abstract, about health, longevity, etc… its easy to ignore the truth. However, when being unfit violates my imagination of my own future, or squeezes a deeply held value, then suddenly its serious.

This type of WHY becomes a rallying cry.
This WHY gets you out of bed on a cold morning to move your body.
This WHY doesn’t care about society’s perfect body shape or weight.
This WHY is personal to you, it knows the cost of failure.

Like with our physical health, our financial health affects most every area of our lives. Like it or not, for most of us there’s no escape from this. Many years before us our ancestors took up this social contract where money flows like blood in our society. And now, it comes down to you.

For some reason you are here.
Reading this post.
Right now.

So in this present moment, one like all others yet with the possibility of something completely new, feel for yourself why you are here? Think it through, but more importantly, feel it out. Where are the pressures in your life? Would having more money change that? Relive the moments of financial tension – encourage the feelings instead of shutting them down. For perhaps the first time, listen closely to the emotions. What are they saying to you? Are they whispering softly, or is a giant scream emerging from a deep space within?

I encourage you to write this down in your journal, or Facebook if you are so inclined. Really go for it. The more you understand of what’s at stake for you, the faster and further you will change.

Yet be gentle. This isn’t about overnight change. Awareness can shift in a moment, but learning skills and changing habits takes a bit more time.

Yet its worth it. I promise you that.

I grew up in a Mennonite family. Mennonites are renown for their ability to squeeze a penny and extract a dime. Much of this was learned of necessity, being but poor farmers who scratched their hard living from an unrelenting earth. I was born a generation or two after this was the reality, but the seeds of scarcity were already planted in me.Given this start, I was a natural saver/hoarder. My life was destined to be a constant tension between the coins that jingled in my pocket and the things that I desired, yet could not justify.

Once married with children,  my partner took care of the kids (mostly) and held the vision for home-schooling, and I helped out and provided the money to keep the show rolling. From the outside, ours was a near perfect existence. I worked from home, and since 1999 had chosen not to work full time. We were able to travel to Canada for months at a time, and, by moving out of the inner city to Gembrook, even able to purchase a home.

By this stage I was running my own business, and through the normal ups and downs of the business, had wildly different incomes year to year. This meant some creative bookkeeping to be sure, but one constant that started to emerge was that at the end of the day, we had spent what we earned. Generally not more, but generally not less.

I’d long been interested in how money works – I didn’t like the dominant stories I’d been told – money doesn’t grow on trees, make hay while the sun shines – all true, but for me the sun had been shining for 15 years.

The depths of my WHY emerged in two ways, though I’ll only touch on one now. Being in a marriage meant sharing our finances, and sharing our buying decisions. My wife grew up with very different stories to my own, and there were many times where I reacted very emotionally in response to finding how some money had been spent. This could be as small as looking over the grocery bill at the little organic shop and feeling a full flight/flight response in my legs as I scanned the (exorbitant) prices. I hated the feelings that were generated, and my discontent with this grew over time. At some stage I decided that I no longer wanted $20 spends to be able to affect me emotionally – that I wanted to raise that emotional response to perhaps $100, or $500.

How this happened is a story for another day… 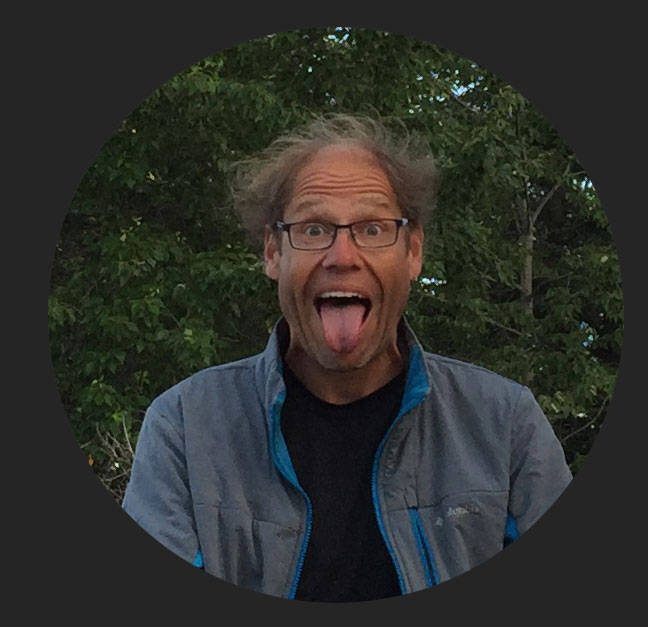